Our Concord showroom is currently undergoing renovations and will be closed until Tuesday the 1st of June.

For any enquiries, please call our Miranda or Kensington Showrooms

Luxury wool carpet is a top choice for what is arguably among the most comfortable and high-quality flooring money can buy. It is natural, renewable and incredibly soft, with the potential to last several decades. Here are some reasons why luxury wool carpets are an excellent option. 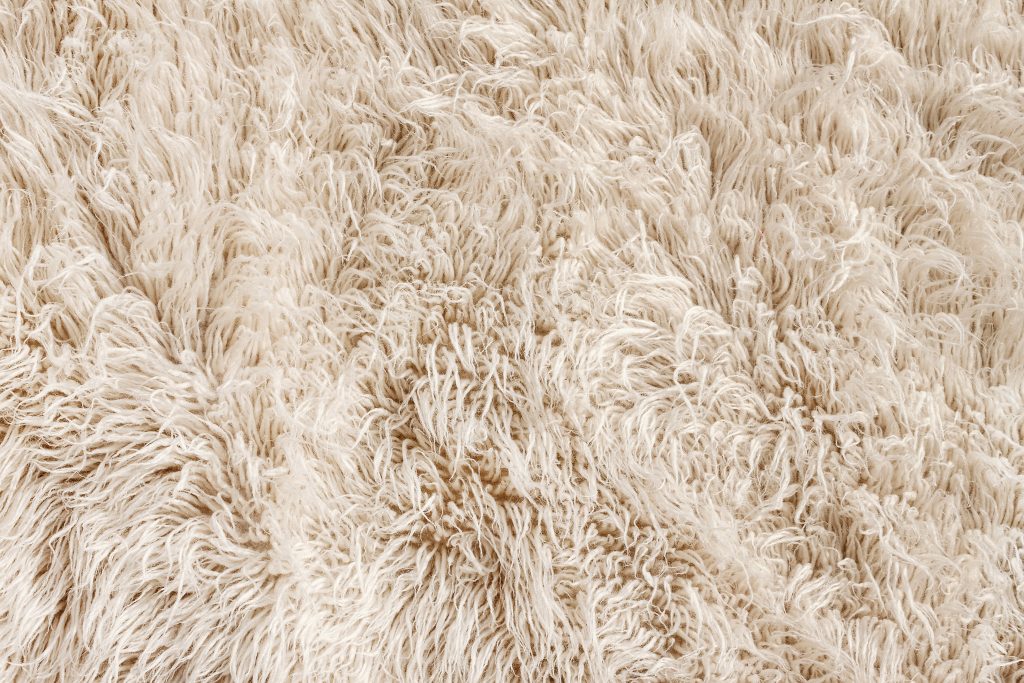 Resiliency refers to the ability to bounce back after compression and maintain shape. Luxury wool carpet certainly has plenty of resiliency. Sure, synthetic fibres, such as polyester, are even springier. But when you’re interested in natural fibre, you can’t go wrong with luxury wool carpet. It will not wear down or mat over time, keeping a beautiful and welcoming appearance.

Luxury wool carpet has natural soil resistance properties. Thanks to its resiliency, it means dirt won’t tend to mess up its appearance, which would require deep cleaning. Dirt and dust take a while to sink down.

It also has a natural resistance to oils. Like other fibres, it cannot resist stains, so if you so desire, you have the option of adding stain protection during the manufacturing process. However, it’s not really necessary with proper cleaning.

A little special care goes a long way with luxury wool carpet. With the right know-how, you can work with it rather than against it. This means using gentle tools to clean it. As for vacuuming, luxury wool carpet sheds. A canister vacuum with low abrasion is best. It must be vacuumed from side to side instead of end to end so the fringe isn’t caught. A yearly vacuuming of the back will remove embedded dirt, and it needs washing if any dust blows up.

Other caveats about luxury wool carpet are that it fades in the sun and needs airflow to prevent mould and mildew. You can reduce this risk by limiting sun exposure and installing a moisture barrier on top of the carpet padding. Take care of it like the special carpet it is and it will prove to be well worth the cost.

Luxury wool carpet’s ability to absorb water isn’t necessarily always a bad thing and in fact can benefit people with respiratory issues. It removes excess moisture from the air. Even when the air is dry, it will release any moisture it had previously trapped into the air, making a humidifier unnecessary. Exceptions are rooms where there is standing water, which it’s not suited for, or humid climates.

Unlike synthetic fibres, wool will not burn or melt when exposed to flame. Instead, it will char. It’s also not very difficult to remove scorch marks.

Because its plushy feel, luxury wool carpet prevents heat and cold from entering your home. It’s a great insulator and so can reduce your air conditioning and heating bills. You’ll sleep like a baby in your bedroom and spend more time in your living room with luxury wool carpet.

The non-toxic and organic properties of luxury wool carpet make it appealing for anyone. Synthetic fibre carpets can off-gas, while some timber flooring can cause allergic reactions or irritate one’s respiratory system. Make sure yours is manufactured without any dyes or chemicals so that it stays hypoallergenic.

In the world of flooring, luxury wool carpets are a premium option. They are naturally soil resistant, fire resistant, resilient, hypoallergenic and sustainable. Their beauty and environmental properties are great for people who want the benefits of natural fibre carpets. Take care of luxury wool carpets properly, and they can potentially last a lifetime.

If you’re interested in finding out more about luxury wool carpets and our own selection, contact us.

A well-laid floor has no nooks or crannies in it. Scotia is the final key to a successful installation for solid wood, engineered wood and laminate flooring. That’s because such flooring needs to have an expansion gap around the room, and what Scotia does is fill in that gap by attaching to the skirting board and around the perimeter of the wall. Here’s what you need to know about Scotia flooring so you can make sure it’s both beautiful and functional. 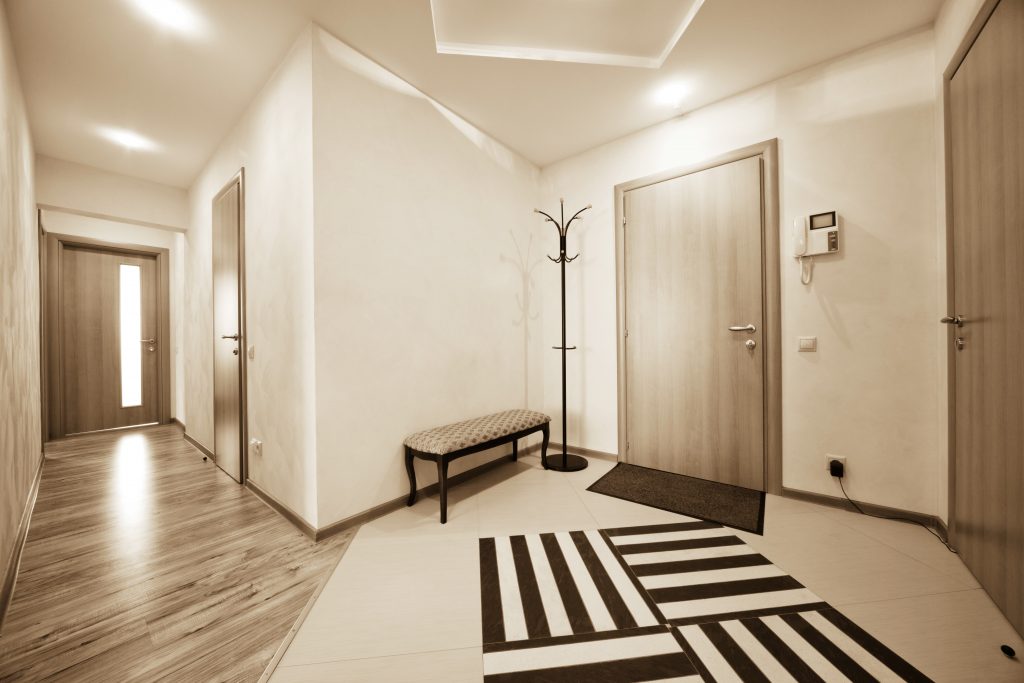 Your flooring has a specific expansion gap depending on the type of flooring as well as the size of the space. The expansion gap goes around the perimeter of the space and anything installed such as cabinets, pipes and door jambs. Its purpose is to ensure airflow and that the flooring can safely shift with temperature and not warp. Since solid wood, engineered wood, and laminate flooring are all commonly installed using the floating floor method, the planks will tend to contract when cool and expand when warm or moist.

If you happen to have an insufficient or no expansion gap for your flooring, what will happen is something called buckling. It causes a hump to form in the flooring. While repairable, it’s inconvenient and time-consuming, as you will need spacers to make sure the gap is uniform after cutting away from where the planks meet the wall and any vertical barriers.

An expansion gap usually matches the flooring’s thickness. So if you have wood flooring that’s 19 mm, for example, the expansion gap should be at least the same. On the other hand, you can have an expansion gap that is bigger than what is recommended, as a matter of taste.

Scotia differs from skirting in that skirting is simply a baseboard made of wood or vinyl that covers the expansion gap. However, it goes on top of the flooring rather than inside the gap. The Scotia depends on stable skirting as its base.

Some homeowners install skirting with Scotia moulding (coving) between the skirting and flooring Since skirting typically comes in white, the Scotia is often white as well and so will look like part of the skirting.

What is Scotia made out of? It can be solid, veneered, or MDF. Solid is made of solid wood, typically oak, and comes in lacquered or unfinished. Veneered is a softwood with a thin veneer of uncommon species like bamboo, walnut or sapelle. And MDF (or laminated) has foil or paper attached to the surface to match wood or laminate flooring.

It’s important for your Scotia to completely cover the expansion gap in order to keep out moisture and dust. When you measure for Scotia, allow 10% for any cutting errors. Scotia typically measures 2.4 metres, so you’ll have to measure the perimeter and divide it by 2.4 metres to find out how many pieces you’ll need.

There are two methods you can use to install Scotia. The first is adhesive fixing, and the second is pin (stapled) fixing, which makes for a more secure attachment to the skirting board.

Scotia comes in two styles: One is concave, and the other is convex, also known as beading. Convex Scotia is typically made from softwood in order to create its shape. Because softwood is delicate, a softwood Scotia must be painted after installation.

While Scotia comes in many colours, it also comes in a colour match option for homeowners who want consistency in their flooring. A colour match Scotia makes it look like it’s coming out of the flooring.

Your flooring is as good as its installation. Scotia is a decorative and practical addition to solid wood, engineered wood and laminate flooring. It presents a neat finish and covers the expansion gap.

If you have questions about our Scotia flooring options, contact us.